Why Registry Wedding Is The Most Important Wedding In Nigeria

In Nigeria, we have two kinds of recognized marriages;A traditional marriage is not necessarily a customary marriage. The customs, practices and traditions of (both parties) governs such solely. 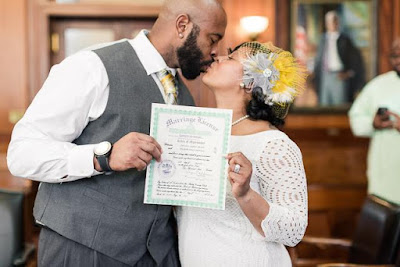 A ‘church’ marriage that does not comply with the processes as stipulated by the Act can best be described as a party.
Hence, always ensure that your worship centers are licensed and if it isn't, head to the nearest registry or Local Government Secretariat to be joined by a Registrar.
The statutory marriage is conducted by a Registrar OR a Minister of a licensed place of worship. Emphasis on LICENSED.
This means that if you were legally joined together by a Registrar, there is actually no need for a Minister (your pastor, reverend, bishop, apostle, spiritual leader etc.) to do the same again and vice versa.
Note: two things must be in place especially, a licensed place and a licensed person to perform the celebration.

Read also 4 Reasons Why You Should Never Consider A 'Court Wedding' In Nigeria
Celebrating in these two places can at best be 'duplicity'. But we also understand the need especially in a religious society like Nigeria to want a church to 'bless' your marriage even after a registry celebration. However, one is enough and okay.
A ‘church marriage’ is not a civil contract. It only becomes one when it is affiliated to a registry and issues marriage certificates.
As such, it is not the church marriage in itself that is binding in law but the contract that emerges with the signing of the certificate.
The Big Controversy Between Registry and Church Wedding in Nigeria
Many Nigerian couples due to their upbringing believe that a wedding that is not held according to their religious belief is invalid.
A lot of Muslims and Christians hold that belief. These set of people do not see the registry wedding as something that is valuable.

The wedding certificates issued by religious institutions are seen as the paramount in Nigeria, as such even old couple still go back to renew their vows in the church if they hadn’t done it before.
Most Nigerians believe that the religious ceremony puts all the legal stamps on all marriages, after all they are tying the knot in the presence of men and God according to the beliefs they hold and that to them supersedes any registry marriage.