Is White Wedding Compulsory After Performing the Traditional Wedding?

In a typical Nigerian white wedding, the bride wears a white flowing dress with a veil and the groom wears a suit, walking side by side among guests couples make oral promises before a pastor/priest and congregation. The union is later sealed with a ring or bible. This has become the ritual, especially in most churches in Nigeria. 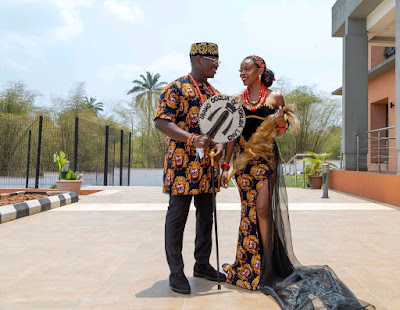 Interestingly, many couples nowadays are now marching to the altar in their indigenous wedding outfits.  And this is causing heated arguments. Many praise the idea, while others ditch the idea. But the question is, Must a bride wear a white wedding gown to the altar? Is white wedding even a must?

After paying the bride price and performing every traditional requirement, Modupe insisted that there must be a white wedding, else she would be suspended as a worker in the church.

Her pastor stated clearly that it was against the doctrine of the church for a member to get married without a white wedding which involves the joining and solemnization of the holy matrimony.

As a matter of fact, despite having performed the traditional rites, Modupe and Nelson were NOT going to be considered married until they have performed the white wedding where they must be blessed by a pastor/priest.

If it was going to be 100% cost-free, Nelson would have consented. But no, it was going to take more money from his pockets. He vehemently rejected the idea of this church 'oyinbo wedding.' Like play like play, what turned out as a minor disagreement led to the total cancellation of the marriage.

This one na double wahala for person wey wan marry church lady or G.O pikin. This is the greatest clash between tradition and modernization - a rift caused by conflicting traditional practice and religious belief.

When Christianity was introduced into Nigeria in the 19th century precisely 1842, Missionaries also infused western marriage ceremony with Christian religion. These missionary activities brought lots of changes in most indigenous/traditional societies.

Besides, If we say that the white wedding gown depicts purity and is a definition of a honorable marriage in God’s sight, does it mean that a lady who put on her indigenous dress to the altar is on the wrong path? Shior!

Read Also How To Choose The Best Colour For Your Event

Likewise, a veil has nothing to do with virginity. In many religions, it is seen as a symbol of reverence for women to cover their heads. The veil is just a simple bridal accessory. Lobatan!

Are we not losing our cultural heritage to the western culture? Over the centuries, we have seen that the old African traditions are gradually fading away as we adopt western traditions and slowly conform to western influence. 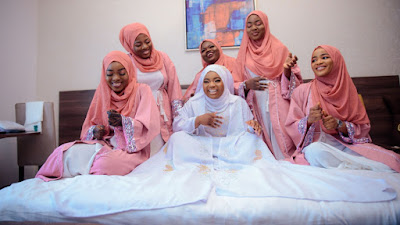 We cannot even call this white wedding a church thing anymore because it has found its way also into Islam. Some Muslim ladies now wear this white flowing gown during Nikkah. No doubt, the western culture has influenced the African culture in different domains.

This has brought several misunderstandings among Christian faithfuls and traditionalists on which of the marriage ceremonies authenticate, legalize and socially approve a marital union.

These challenges have culminated into the refusal of some 'born-again' fathers of the bride and pastors of some churches to allow the man go home immediately with his bride. This often results to turning a successfully concluded traditional marriage ceremony into a feast of fights, exchange of harsh words and open confrontations between members of both families.

This is very common in cases where the groom and bride share similar religious beliefs while their parents do not. In other cases, the bride and family members may be adherents of this belief while the man and family relatives may not.

Most Nigerian cultures see traditional marriage ceremonies as the people's heritage and a cherished practice that must never be undermined by the church in the name of Christianity or modernization. 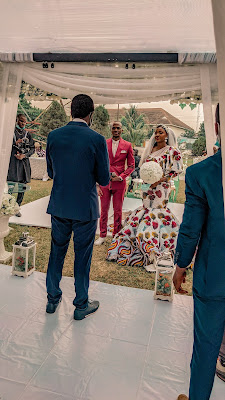 Some people believe that traditional marriage ceremony marked by performance of some rites was handed down to them from time immemorial by their ancestors.

According to these people, traditional marriage ceremonies and rites is the first and it is a must, after which intending couples can chose to continue with the white wedding ceremony or any other type of marriage ceremony they have in mind.

Whether or not church wedding is more expensive than traditional wedding is still an unverified fact. But the truth is, performing both is a very expensive adventure. Most couples in Nigeria today are faced with the task and social expectation to perform a second marriage ceremony which also comes with additional expenses, no matter how little.

Consequently, for the sake of peace and religious approval, most couples after performing both marriage ceremonies go to their new homes saddled with huge debts to pay.

Read also Small Costs or Small Guests; What Does a Small Event Really Means To You?

The cost of marriage ceremony in Nigeria, be it traditional or church-wedding depends on the couple’s financial ability, social class and taste. The richer the intending couples, the classier the wedding ceremony. 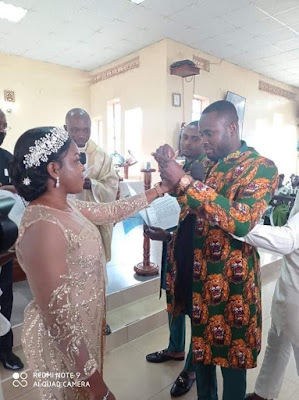 Irrespective of which side of the debate you belong, one prominent determinant factor is the religious background of the intending couples, their economic capacity and buoyancy to perform both marriage ceremonies. If you can and you want to, go ahead. No shakin!

In all that you do, just remember that your pastor or your church will not pay your debts for you. No go dey do pass yourself.

If you are an intending couple from a low-income background with a stringent budget and no wedding sponsor, but you find yourself with no choice than to do a traditional and white wedding, there are creative ways to plan this such that you do not go beyond your budget.