Anambra State House of Assembly in Nigeria on Wednesday 10th April passed a bill to control excessive burial and funeral ceremonial activities in the state. The bill which was sponsored  by House member representing Anaocha 2 Constituency, Hon. Charles Ezeani, was passed after it had been considered at the committee level. 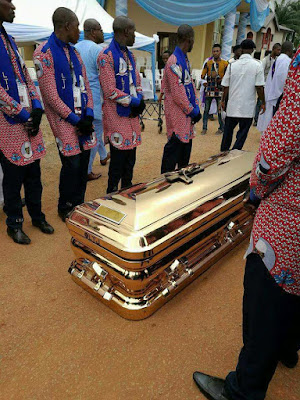 According to the bill, it seeks to curtail and cut down the cost of burial activities in the state and to prosecute offenders. The bill provides that in the event of death, no person shall deposit any corps at the mortuary or any other place beyond two months from the date of demise.

It further added that burial ceremonies in the state shall be for one day. The bill further stipulates that during burial and funeral ceremonial activities, the family of the deceased shall provide entertainment for their kindred, relatives and other sympathizers at their own discretion.

The bill also places ban on destruction of property, gun shots, praise singing, blocking of roads and streets as defaulters would be punished according to the law.

The bill also noted that from the commencement of the law, no person shall subject any relation of the deceased person to a mourning period of more than one week from the date of burial ceremony.

The sponsor of the bill, Hon.Ezeani  said the bill has provision for monitoring and implementation committee that would enforce the law. The speaker of the House, Mrs. Rita Maduagwu commended the lawmakers for passing a bill that would  stop unnecessary burial expenses in Anambra state.

What do you think about this? Please, drop your comments.
1. It is NOT IMPORTANT
2. It is COMMENDABLE